Although nothing here should be considered legal advice, this guide outlines five possible approaches to more safely and legally use other creators' images in your own work, along with comments on the advantages and legal risks of each. 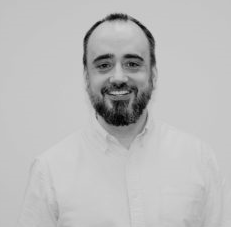 Jason Hardin
he / his
Email Me
Contact:
Library circulation, room 303B

What are your options?

Most creators will at some point want to incorporate others’ images into their own work. Traditional US copyright law (17 U.S.C.) and all its attendant provisions can be difficult to navigate and understand, and even the law’s robust “Fair Use” provisions can leave a lot of uncomfortable ambiguity. In fact, you can’t ultimately KNOW if your usage of a copyrighted work is fair or not until after you’re sued for infringement and a verdict is reached! This process can take years and cost hundreds of thousands of dollars. There are abundant real-life examples of this dilemma.

So here is a brief outline of the approaches you can take, along with their advantages and disadvantages, when you want to incorporate either whole or partial elements of others’ copyrighted visual images into your own works. Note that in ALL cases, properly attributing the original creator or rightsholder is absolutely necessary.


OPTION 1: Use whatever image(s) you want and just claim fair use.

OPTION 5: Embed the images into your work using HTML code (ie, a link).

1. Whatever option you choose, think carefully about your intended purpose when using photographs of real human beings. This document has pertained to copyright issues, but a further legal and ethical question arises when using photos of living persons, regardless of the source of those photos, in a commercial context or when associated with a concept that the human subject might object to. While it’s true that in most jurisdictions a person photographed in a public space is not considered to have any right to privacy (and thus for example, individuals photographed in a city park have no legal control over a straightforward reproduction of their likeness), they might not want to appear in an advertisement, a for-profit publication, or in promotional content for organizations or activities that they want no association with. Models who appear in commercially produced and licensed stock photos almost always sign a document called a model release which expresses their consent to commercial or otherwise unspecified applications, but it’s always a good idea to verify this with the stock photo company.

2. Be aware of trademarks, and how the inclusion of these in an image can alter your ability to freely use that image. For example, just because a Flickr user’s photograph of a street in New York carries a Creative Commons license, if that image contains the Starbucks logo, you might not be permitted to incorporate that specific element of the picture into your own work. Generally speaking, a third-party trademark can appear in a creator’s visual work only in “editorial” contexts, which is to say that there must be some valid journalistic, academic, or critical reason for its appearance. For example, using that photo containing the Starbucks logo on a personal blog post about your New York vacation would likely not be allowed. However, its usage would be more justifiable in a news report discussing worker pay in Starbucks franchises .

This work is licensed under a Creative Commons Attribution-NonCommercial-ShareAlike 4.0 International License.
Author’s intellectual property per Trinity University Faculty Handbook, 2021- 2022: (4A) IV.B.2.
Viewpoints expressed are not necessarily those of Trinity University.