Databases & Resources for Leisure Use

Highlighting fun online resources for faculty, student and staff use.

Films on Demand is a web-based digital video delivery service that allows users to view streaming videos from Films Media Group 24/7. Choose from more than 20,000+ educational titles in dozens of subject areas. 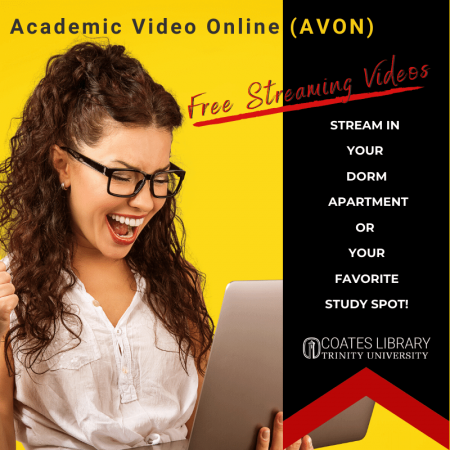